BE PART OF SOMETHING BIG

Concord Sky is a new condo development by Concord Adex. Featuring a 95-storey tall tower designed with contemporary linear lines and expansive glass walls, expected to be one of the tallest residential towers in Canada. Concord Sky is soon to be a new landmark at the heart of Toronto nearby transit, shops, and schools. The project is estimated to be completed in 2026 and will be located on 391 Yonge Street at the Garden District in Toronto. 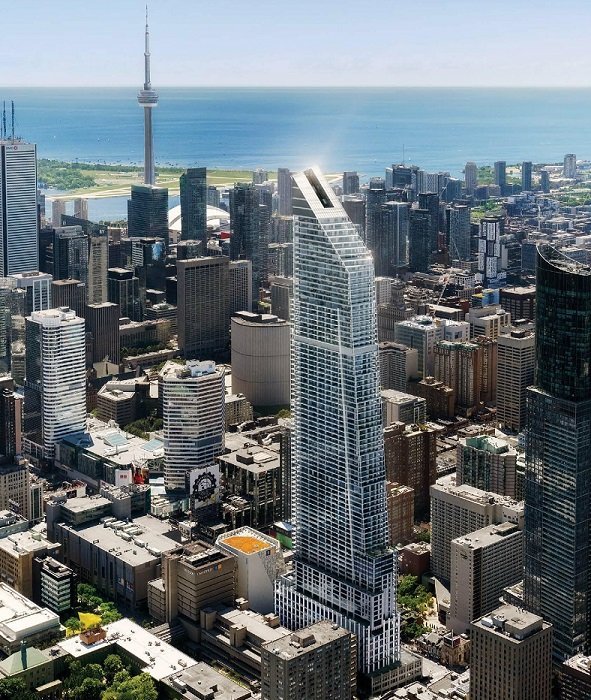 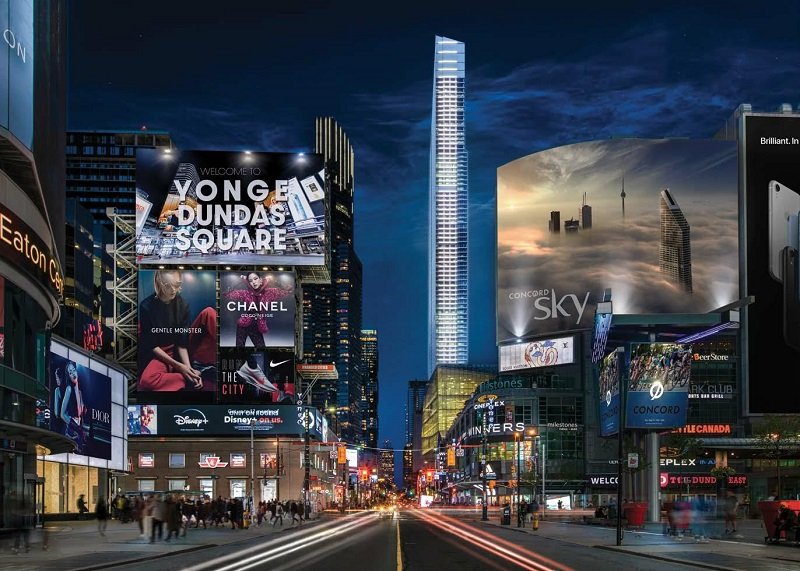 Yonge–Dundas Square, or Dundas Square, is a public square at the southeast corner of the intersection of Yonge Street and Dundas Street East in Downtown Toronto, Ontario, Canada. Designed by Brown and Storey Architects, the square was conceived in 1997 as part of revitalizing the intersection. Since its completion in 2002, the square has hosted many public events, performances and art displays, establishing itself as a prominent landmark in Toronto and one of the city’s prime tourist attractions.

Central to the Downtown Yonge entertainment and shopping district, the square is owned by the city and is the first public square in Canada to be maintained through a public-private partnership. The intersection is one of the busiest in Canada, with over 100,000 people crossing the city’s first pedestrian scramble daily.

Concord Sky’s prime locationon bustling Yonge Street offers convenience as far as the eye can see. Walk and transit scores close to 100 means you are connected to everything, from both the University of Toronto and Ryerson University, to medical centres and research facilities, to downtown’s best restaurants and the Eaton Centre, to the downtown office core. 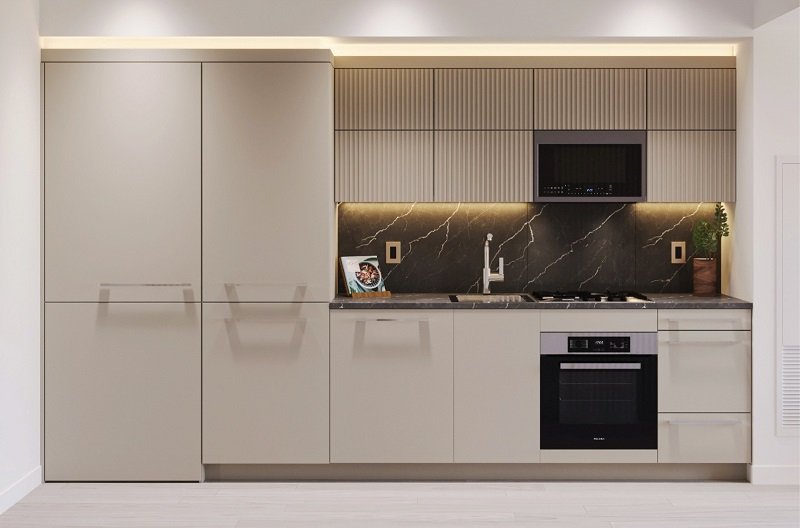 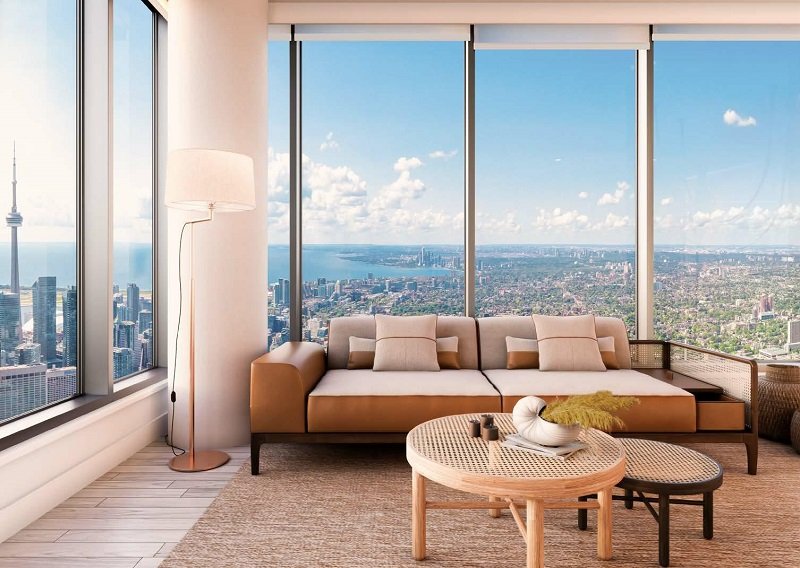 Nestled between Ryerson University and the University of Toronto campuses, Concord Sky residents can expect to be immersed in some of the country’s finest educational institutions, as well as the country’s top medical and research facilities.

A short walk also leads you to the University of Toronto, one of the world’s most prestigious universities with over 700 undergraduate degrees and 200 postgraduate degrees. With a longstanding reputation for innovation and research, the university was the birthplace of such ground-breaking scientific moments as the discovery of insulin and stem cell research, and the invention of the electron microscope. The university also cites teaching as a strength in disciplines spanning medicine, business, engineering, humanities, education, and more. 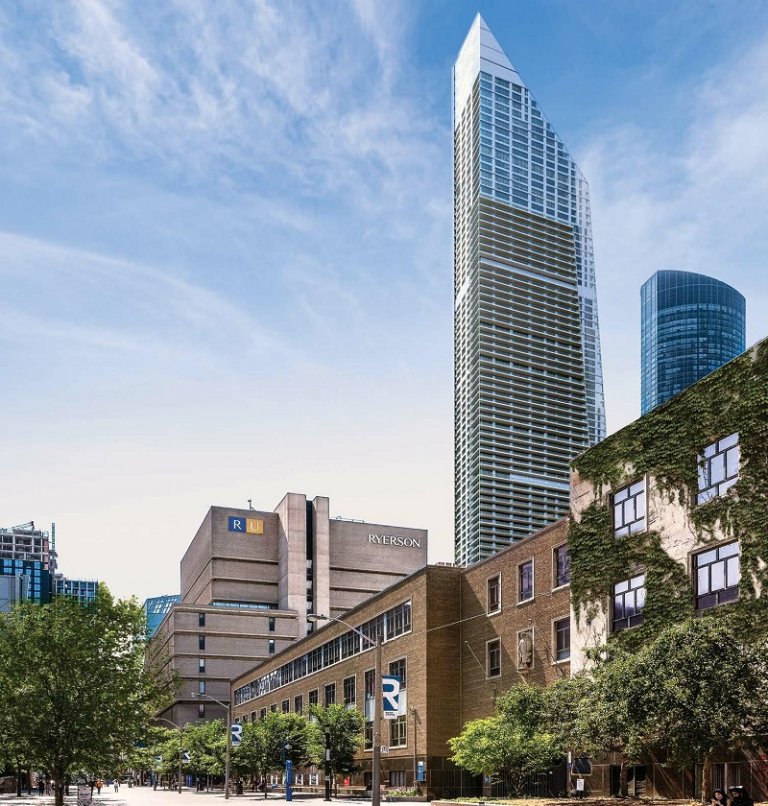 LIVE IN A SMART AND GREEN BUILDING

As global desire for healthier and hassle-free living environment increases, comes a response where technology and innovative design intersect. Concord BioSpace is a multi-layered system to deliver cleaner and safer indoor space through improved indoor airflow and filtration in high-traffic areas. Access to major entry points and high-traffic common areas including elevators can be controlled through your mobile phone.

Furthermore, a building-wide water flow detection and remote shutoff system and a comprehensive parcel collection system will facilitate better property management.
Concord has always tried to be industry leaders whether through planning firsts or technology firsts. Their customers are planning for the future and their home is an important investment for most.

Call us now To LEARN MORE ABOUT CONCORD SKY

To Get More Information:

By registering for this project, you will receive portal access to the Developers’ current offerings such as; price lists, floor plans, incentives and more.  When you are ready to purchase a new home, the next step will be to submit a Worksheet to the Developer.  Worksheets are needed by the Developer in order to hold your chosen model for you and not to sell it to another buyer.

This is just the first step of an exciting voyage to your new home.  ATeam Condos is here to represent you through the entire process and make it an enjoyable experience.  Happy Shopping.

Model Communities And The Future

The Concord Group of Companies success has continued with Canada’s largest skyline defining communities, Concord Pacific Place in Vancouver and Concord CityPlace in Toronto. Concord has further expanded with numerous large scale master-planned communities across the Canada and is now developing in the UK. Concord has completed over 150 residential and mixed use buildings with more than 50 in various stages of planning and development.

Over the past 25 years, the Concord Group of companies has also grown into other industry sectors including software and information technology, telecommunications, as well as green energy projects in solar, wind and hydroelectric power generation